Hey! I figured out how to do pictures!
All the way back to the first post (if you care to look) is my brothers game. He invited Stan the Man (Stan Lee) and the rest of us all invited artists.
Back on that night the entire golden family played the game, and JKY made some too. And so, without any further whatever-you-call-it, here is mine:
Cleopatra! Queen of Egypt. My fascination with the subject brought Cleo here to the front of my mind. She was believed to be the reincarnation of an Egyptian goddess. When her husband (Mark Anthony) died, she committed suicide by asp bite, as was tradition.

Marcus Aurelius! He was the last of the "5 Good Emperors" of rome and was considered a very important Stoic philosopher. He wrote a book called "Meditations" which is still revered by many people.

Abraham Lincoln! You know, the guy with a top hat. Our 16th president, born in a log cabin in Illinois. He led us
through the civil war and put an end to slavery. Abe was assassinated while watching theatre. Actually, he was the
first president to be assassinated.

Ben Franklin! Franklin was a leading author and printer, satirist, political theorist, politician, postmaster, scientist, inventor, civic activist, statesman, and diplomat. And a founding father. So, you know, a bit of everything. 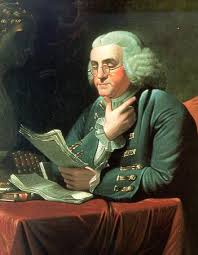 All this will be happening at: G&L!